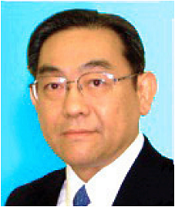 Prof. Koushima, president of World Society for Reconstructive Microsurgery from 2017 to 2019, graduated from Okayama Prefectural Tsuyama High School and Faculty of Medicine Tottori University in the 70s, finished his resident training as a plastic surgeon at Tokyo Women's Medical University Surgery department and The University of Tokyo Hospital Plastic surgery.