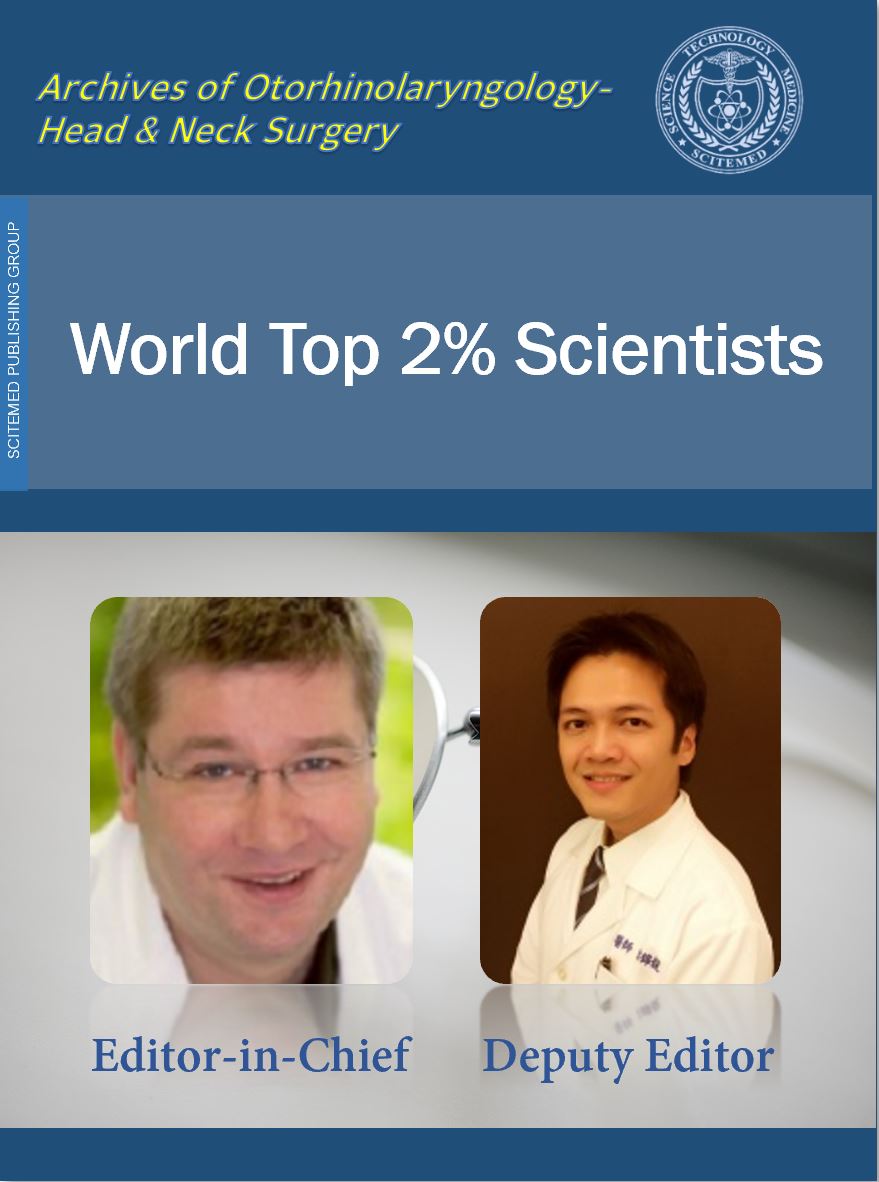 The prestigious Stanford University has recently published an update of the list of the top 2% most widely cited scientists in different disciplines, the World's Top 2% Scientists. This ranking, considered the most prestigious worldwide, is based on the bibliometric information contained in the Scopus database and includes more than 190,063 researchers from the more than 8 million scientists considered to be active worldwide, with 22 scientific fields and 176 subfields taken into account.

Our Editor-in-Chief Dr. Holger Sudhoff and Deputy Editor Dr. Chin-Lung Kuo of Archives of Otorhinolaryngology-Head & Neck Surgery were recognized in the list of the World's Top 2% Scientists. The SciTeMed Publishing group would like to congratulate Dr. Holger Sudhoff and Dr. Chin-Lung Kuo for this honor that has brought great pride to our publisher.