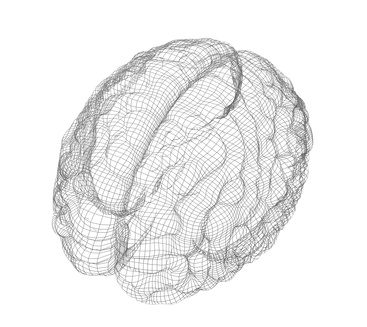 The brain can process information, store them, and retrieve them as and when required; however, we hardly know much about the physiological mechanisms behind such fundamental functions of the brain. The efforts by psychologists, scientists, engineers, physicists, and mathematicians over the past decades have given some significant insight on the brain functions and have been helpful for carrying out further research on the subject.

In this context, the hypothesis put forward by Vipin Srivastava and Suchitra Sampath of the University of Hyderabad, India is of great significance. In their article, published in the Neurology and Neuroscience Research Journal, they have hypothesized that the brain has the inherent capability of high-level mathematical computing to perform certain cognitive tasks.

They give the examples of higher level mathematical operations like ‘orthogonalization’ and ‘Fourier transformation’, and assert that the former may correspond to the physiological role of the brain in processing incoming information, while the latter may be responsible for the holographic nature of long-term memory.

The brain comprises billions of neurons, which have different levels potentiation or inhibition. The neurons continuously exchange electrical impulses while the brain is active. Other neurons receive these impulses, which are excitatory or inhibitory inputs, via synapses and add them linearly. The capabilities of the neurons to add and the neuron-synapse duos to multiply lead to the formation of memories. Hebbian plasticity helps them to be stored in the synapses. These unique capabilities of neuron and synapses enable to perform higher levels of mathematical operations like ‘orthogonalization’ and ‘Fourier transformation’.

Orthogonalization refers to a mathematical transformation by which a given set of vectors are converted into a set of mutually perpendicular vectors. As per the hypothesis put forth by the authors, the brain stores the orthogonalized vectors in the synapses, instead of the original vectors. This is helpful in storing the ‘similarities’ and ‘differences’ of the new information with those already stored in the memory, rather than the entire information in the incoming vector.

We may lose short-term memory due to an accident or ageing, however, we retain long-term memories. This may be due to the holographic character of the long-term memory by which even if a part of the unit is destroyed, the remaining units bring together the entire memory, similar to a hologram image. Mathematically, this indicates that the brain possesses the Fourier transformation capability while sending the Hippocampus memories to the long-term memory areas in the cortex.

The hypothesis explained in the article is based on severe research and careful calculations, both mathematical and computational, the details of which can be found in the references. Mathematical expressions are minimised in the article and the description is provided on a qualitative level.

The authors observe that the novel ideas and hypotheses expressed by them are in the preliminary stages of development and need further efforts and experiments to substantiate the hypotheses and formulate theories to explain the mechanism behind certain cognitive functions. The discussion provided in the article is basically generic in nature, without reference to any specific area of the brain; however, it can be redesigned to suit any specific part of the brain without much difficulty.